Saving the world must be hard enough, but doing it in just your underwear surely makes it even tougher? I mean it’ll be cold and you’re going get a lot of funny looks. It’s probably just easier to wear a few more layers.

But however difficult it may be it’s been done. Here are five characters that have saved the world whilst wearing nothing but their underpants!

Superman is the original underwear flaunting superhero. He may wear a blue suit to cover his entire body, but I think the fact he keeps his red pants on the outside for all of us to see makes him a legitimate inclusion in this list.

Few people have saved the world more times than Superman. After all he’s been around since 1938. And over the last 78 years he’s acquired more than his fair share of enemies, including the bald headed sociopath Lex Luther. Still he always finds a way to defeat them and save humanity, even when somebody’s left a bit of Kryptonite lying around. 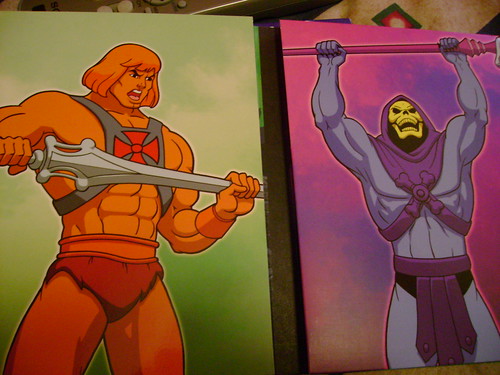 He-Man from the masters of the universe franchise is pretty tough, even though he runs around the realm of Eternia in nothing but a pair of skimpy underpants. His choice of attire has left him open to ridicule over the years but criticise him at your peril. He’s more than capable of whooping your ass!

In the Masters of the Universe franchise He-Man is always saving the planet Eternia, usually from Skeletor who incidentally also enjoys sporting a skimpy outfit. 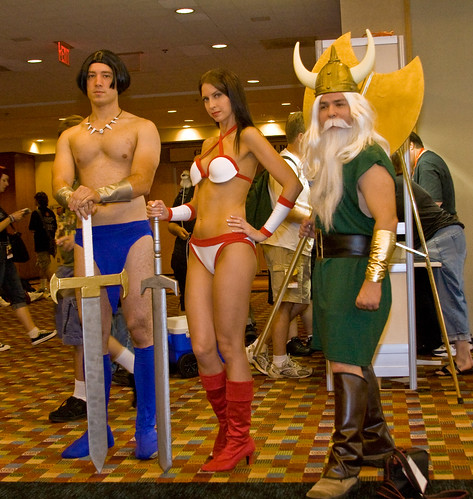 If you’re not familiar with Golden Axe where were you in the early 90s?! For those of you who don’t know it was a video game released for the Sega Mega Drive in 1989 where you can take control of one of three characters and go on a mission to defeat Death Adder and rescue the fictional world of Yuria in the process. Two of these characters (Ax Battler and Tyris Flare) do the whole think in nothing but their underpants!

In order to reach Death Adder’s castle Ax and Tyris have to embark on the craziest of journeys. Seriously it’s mental. They start by rescuing a village form Death Adder’s henchmen, which just happened to be built on the shell of a giant turtle which takes them across the sea. They then have to battle a few knights and skeletons on the back of a giant eagle which flies them to his castle. You’d think they’d want to wear more clothes on such an epic journey. 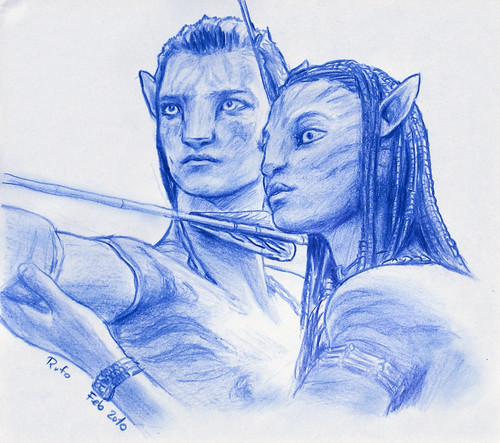 This one’s a little less clear cut. Whether Jake Sully’s little cloth number from Avatar can be truly classed as underwear is open to debate. But whatever you call it his attire hardly leaves much to the imagination!

His attire can be questioned, but his contribution to the survival of Pandora cannot. Without his intervention the whole planet would have been destroyed by us greedy humans.

Please check out our friends at Best Friends Designs. Contribute to a great cause while getting a beautifully designed t-shirt. Every item sold on their website will count towards a monthly donation to help rescue efforts and shelter animals in need.

To help the animals and get a beautifully designed t-shirt, click the image below: